We could say, it becomes a habit for our company to spend 3-4 days at the Balaton every year. We go there intentionally, this year for the fourth time as the top sponsors of the biggest Hungarian Drupal conference, the Drupalaton.

It’s a Drupal focused conference based in Hungary. The venue changes yearly but it is always located around the lake Balaton, that’s where the name comes from. It has celebrated its fifth anniversary of existence this year. Besides of an international IT conference, the Drupalaton always try to be more: a meeting point where business can join summer leisure time and professional improvement. A place where even the newbies can feel like at home.

During the years the conference has changed its profile, from the presentations they moved on to the workshops, what makes the whole event even more practical. At the same time, it’s a bigger challenge both for the speakers and audience. The longer sessions make possible to achieve a bigger goal stated by the presenters but on the other hand, it challenges the participant’s attention and professional skills.

We had to face these challenges during the preparations for our own workshops as well.

#Cozmo is getting ready for the @drupalaton :) too cute and playful to believe it's a robot <3 stop by to play with it at #brainsumbooth pic.twitter.com/a8fCuFWLfP

Just as the presenters, our super cute robot, Cozmo needed some practice before the big event too. The machine led by the AI made the show at the Brainsum booth during the breaks. He took the attention both of adults' and kids' with its developed personality and playfulness. 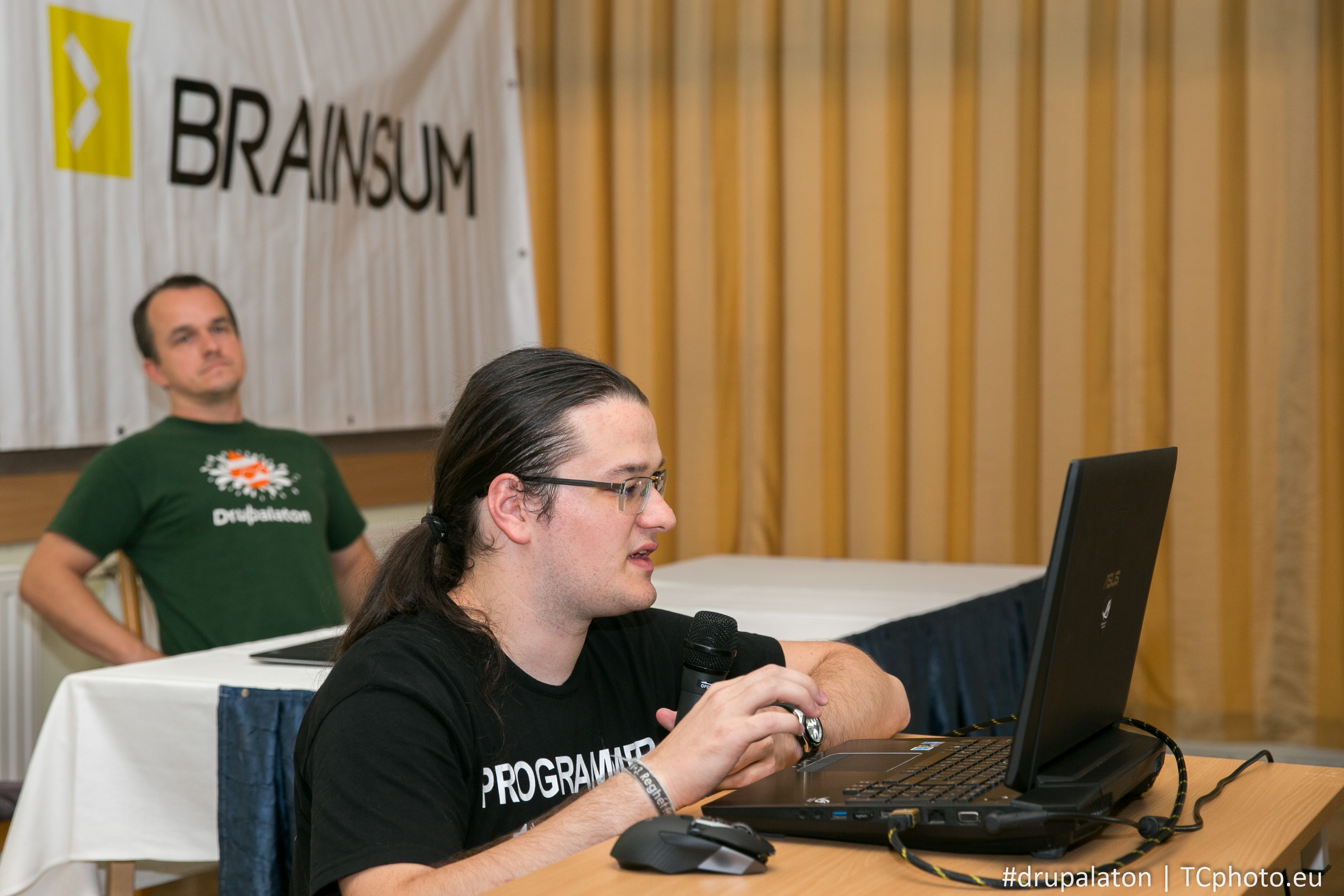 Márton Dankó and Péter Pónya took over the stage on the second day with the topic of easy automated visual regression testing. They presented the newest product of Brainsum, the QAShot. During the one and a half hour session, the participants were able to try out how does our visual testing tool work. Since it is open source, feel free to give it a try too. You can find some useful information to install and configure it HERE.

ONE PIXEL, MANY TROUBLES

As we had faced many time, one little change in the code can cause many discrepancies in the final lookout of the page, therefore we had decided to create a tool for testing the outputs before and after the changes have been made in the source. With the QAShot, we can check the full site within a few minutes. It compares the staging and production sites and gives us a third record marked with the visual differences.

It allows us non-dev people, as Project, Account, Marketing, PR Managers, Scrum Masters and testers to check the differences between a website’s appearances, without the need of a developer. With a catchy, good-looking and easy-to-use interface.

Just as you could see on the example of the QAShot, we are trying to bring the tech closer to the end users, a.k.a the everyday, not developer-skilled audience. With the Parade module, there is an easy approach for it. Balu Ertl, Péter Pónya, Tamás Szanyi and Balázs Kántor were presenting it on the Saturday’s three-hours-long workshop.

Thanks for the video recording for Miro Michalička

The idea came from the designers' side: what are the most of the websites consist of? Big hero images, simple sections, text boxes, galleries or images with text boxes and forms. Why not use them as single sections (or, as in the module called, paragraphs)? Why not make them easily manageable from the admin UI? Why not make the layouts customized? Why not let the users add, replace or remove as many paragraphs as they want to?

With the Parade you can create your own one-page site just in minutes.

Despite of the easily manageable user interface, the backend part is a complex system and sometimes to get it working can be tricky. But don't worry, there is a Parade demo sub-module which includes demo content too so with a few clicks, you can see the frontend and the backend of a full-fledged landing page. Once you set up all the necessary elements, you can start to use the module and create your own Parade one-page sites.

Also feel free to check our presentation for more insights. For further information or in need of help drop us a line. 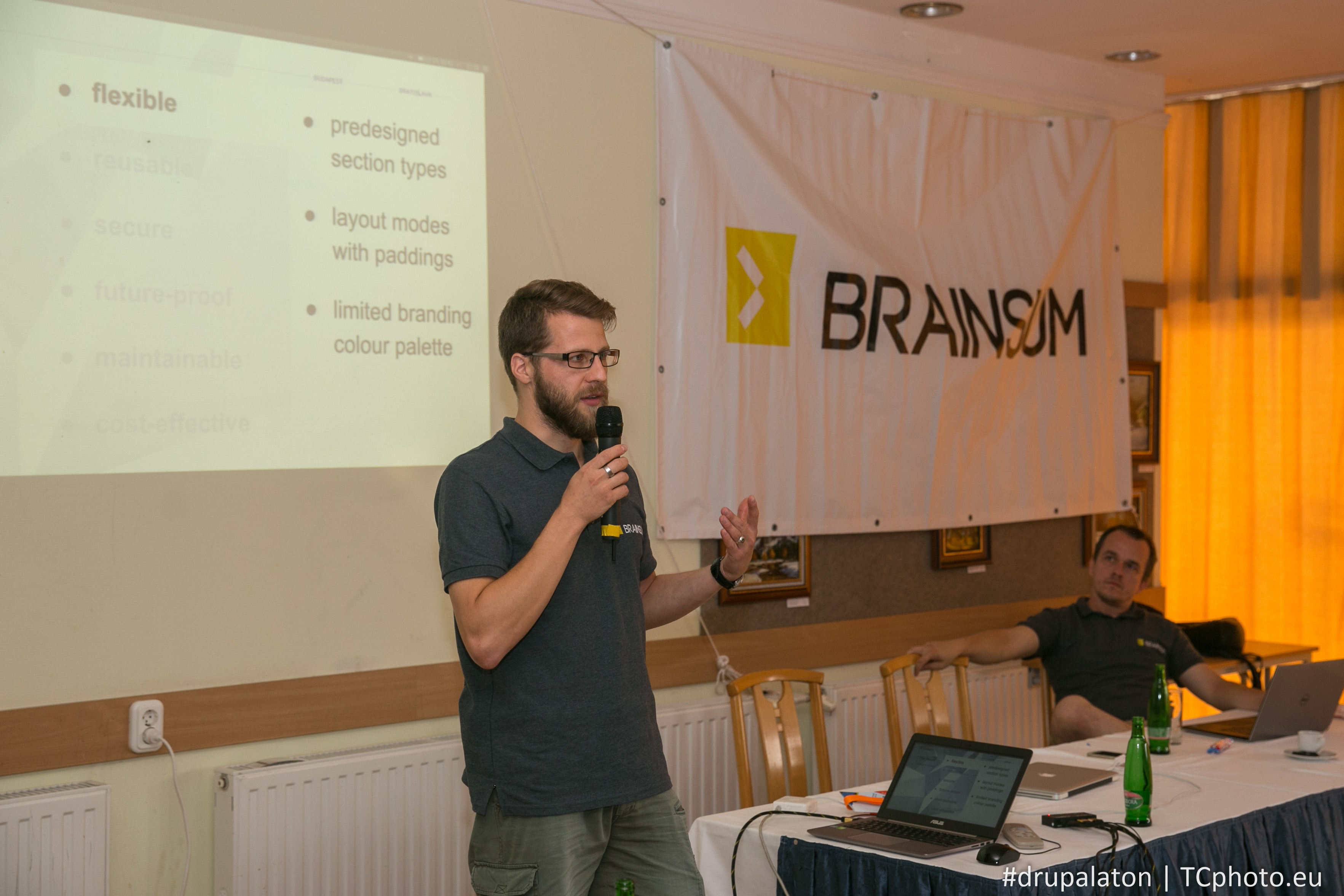 The hot summer weather presented itself at the Balaton as well, so the air-conditioned conference and sprint rooms were more full than ever before. But as the night came the streets of Balatonfüred got crowdie with the coders and developers of the event. The Friday night’s cruise party was the absolute top of the Drupalaton’s activities. 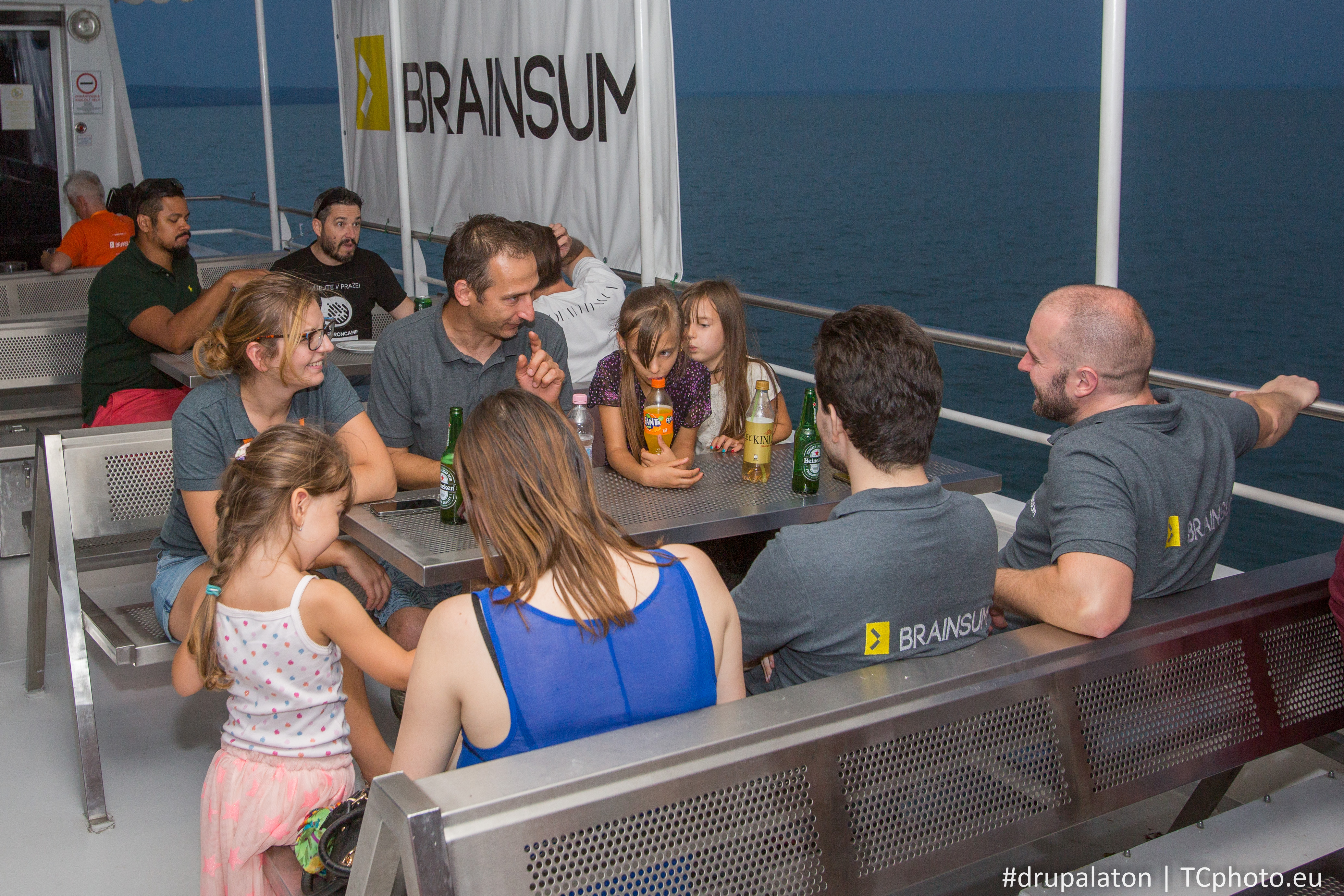 The second biggest boat on the Balaton with the sponsors’ Brainsum flag was cruising on the lake for two hours. 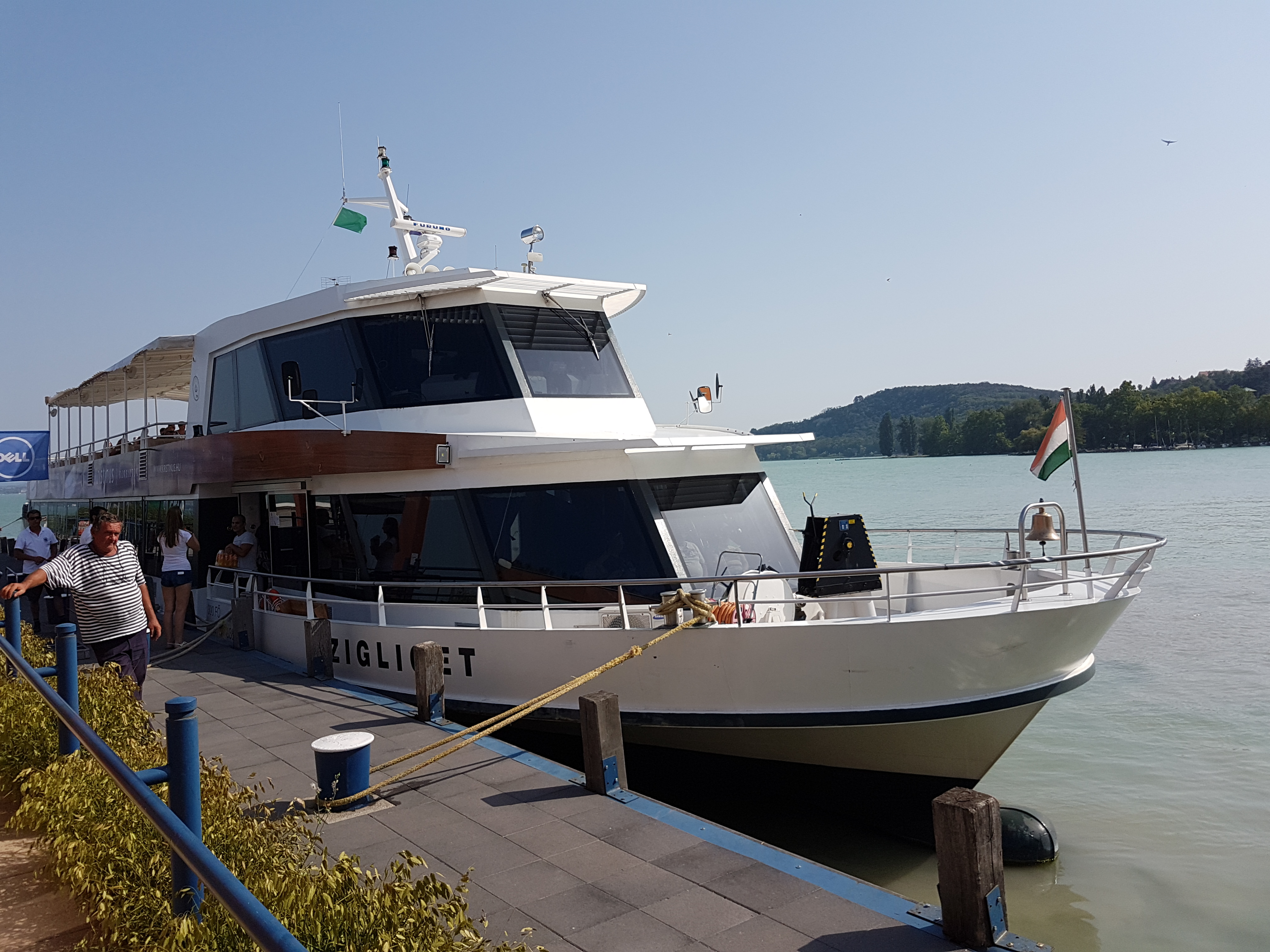 The enthralling atmosphere pointed out really well the friendliness between all the attendees. No surprise that many of the participants say that coming to the Drupalaton is not only about coming to a conference, it is more like coming home. So let us say huge thanks for all the hard work the organizers, volunteers, and sponsors did to make the event feel like our second home.