I had been to many European camps and two devdays before, but I was surprised to see the amount of people gathering for Drupalcon Baltimore. There were about 3200 Drupal enthusiasts attending the event.

This year's Drupalcon was a great surprise present for me. Just a little more then one week before the event I saw @freistilbox's tweet that they had a free ticket to give away, and I retweeted it without thinking much about it. When a couple of days later I was announced as the winner, I was very happy but was much surprised to find out, that there is only one week left until Drupalcon. To my even bigger surprise I found out that my passport have had expired two years ago. I also needed to get my ESTA to enter the States. I really had to get things into motion. Fortunately our government really needs money to build stadiums that we dont need, so I renewed my passport in 24 hours for some extra fee. After reserving my airbnb and buying my tickets I got my ESTA very quickly, within one or two hours.

Just before leaving for the conference, I noticed that there is a possibility to take Acquia Certified exams at a reduced price, only $99. I took my chances, and applied for two exams, the Drupal 8 Site Builder and the Drupal 8 Developer exams. They were not easy, and I am happy to tell you, I have passed both of them. 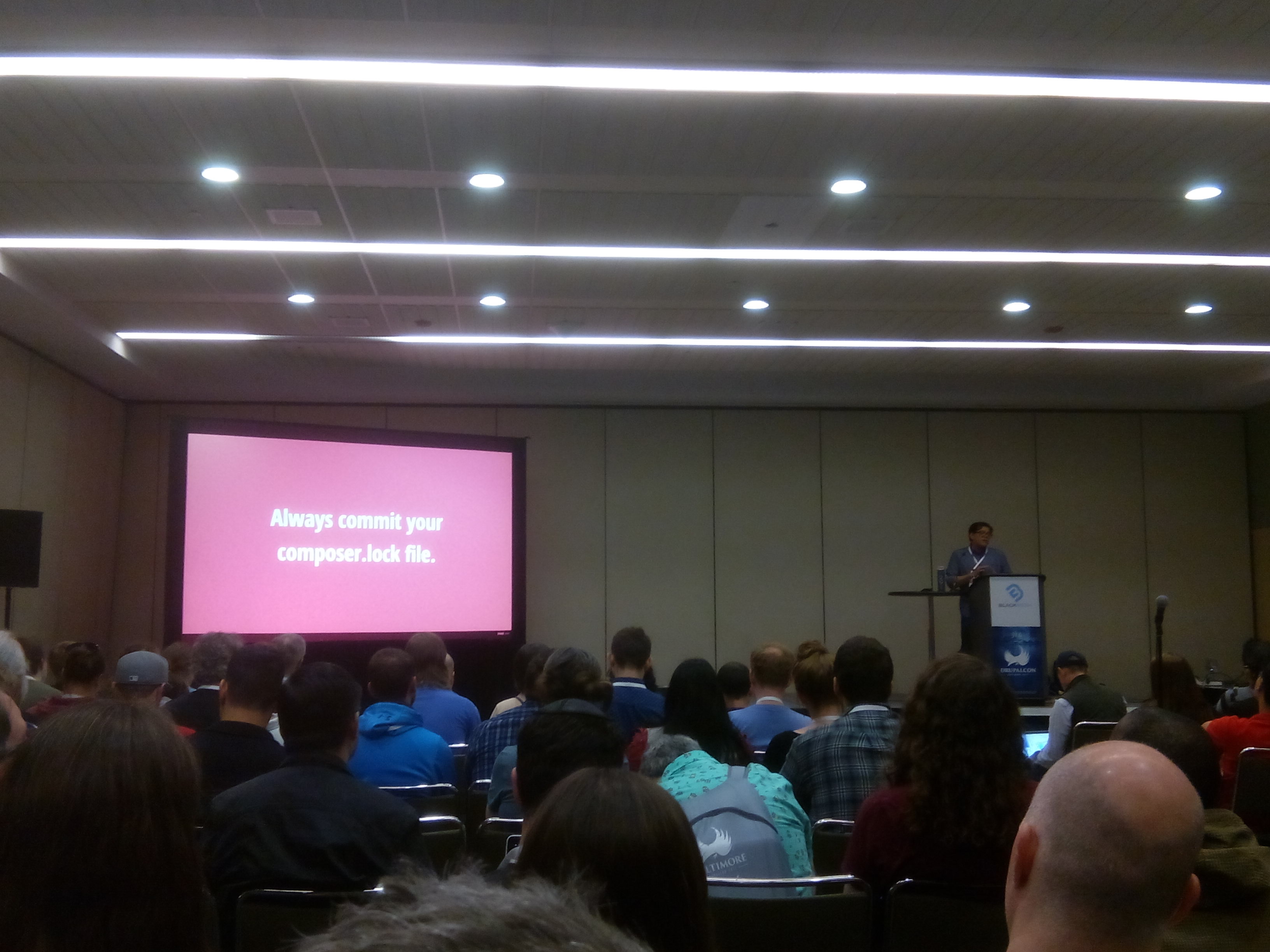 I had been to many European camps and two devdays before, but I was surprised to see the amount of people gathering for Drupalcon Baltimore. There were about 3200 Drupal enthusiasts attending the event. The sessions were no surprise, I usually watch them online. Great presenters, great topics, difficult task to choose which one to watch live. Unfortunately Larry Garfield was only a participant, not a presenter this year, so we could not get to learn from his great insights. Nevertheless I was lucky to take part in the session of my other favourite presenter, @amitaibu. His great knowledge is always wrapped with great humour, and we had some laughs again while learning about the elm language.

The most interesting sessions were so full, the rooms had to be closed down, so one had to be there in advance to get a seat. People without seats were sent out for fire safety reasons.
The Pantheon party was held at the Science Center, a great location. The place was packed with dinosaur skeletons and toys based on physics, and it was fun to see all the Drupal kids developers having fun.

The trivia night was real fun. Somehow I have always missed trivia nights at other events, and I did not know what to expect. Teams of 6 were seated at separate tables. Me and my airbnb Drupal friend Jun were a bit late, and we got a place in a dark, far corner. It was difficult to hear the questions, so we sometimes just wrote Yes, or some random number as answers, but we had real fun and laughed a lot.

The Pantheon/Lullabot party with dinosaurs 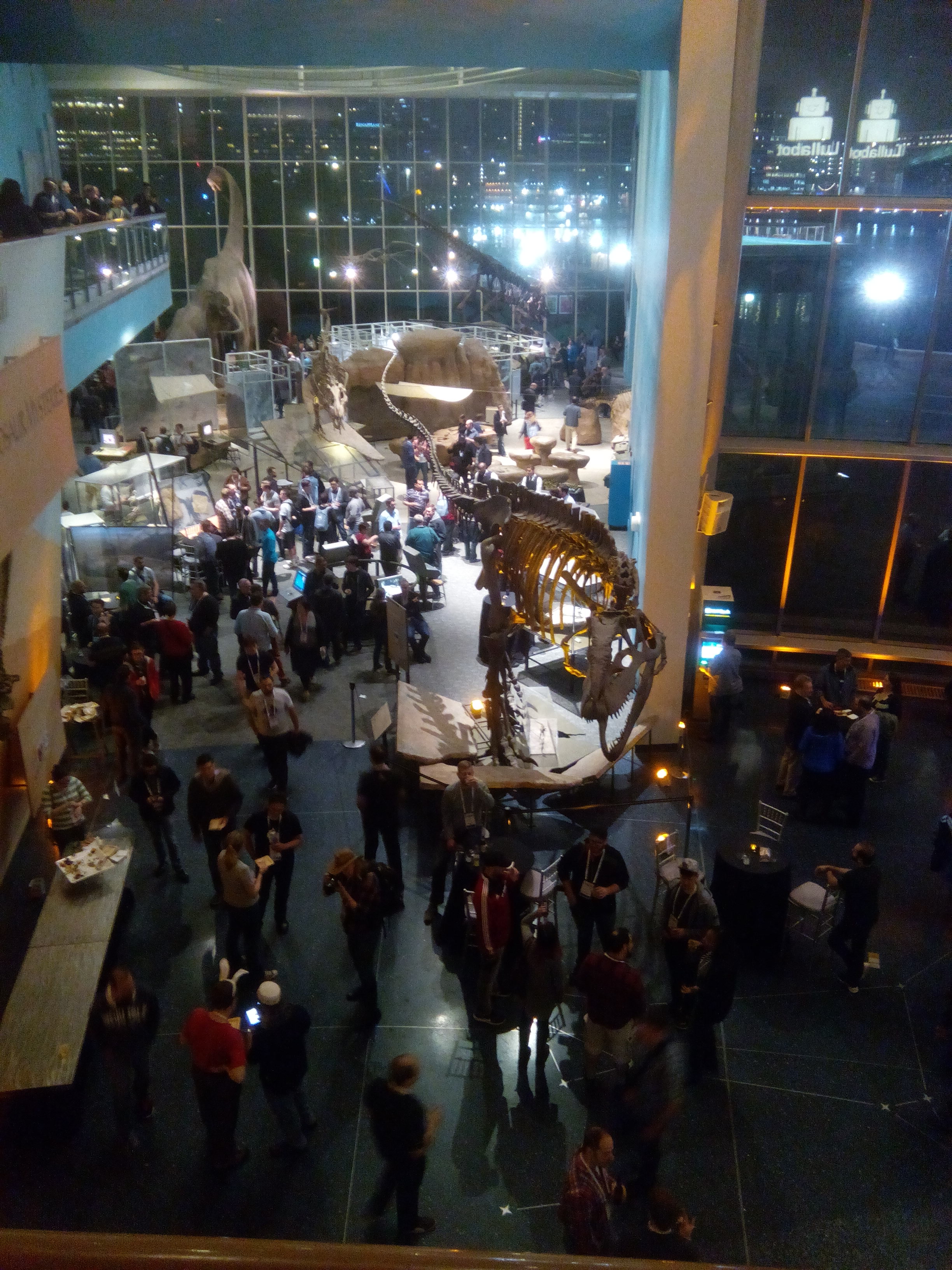 The convention center was a huge place that could accommodate 3K people, and Washington is very close, but otherwise I don't see why Baltimore was chosen. It's a big city, with not much to do. Or I might have been walking in all the wrong places.

I was surprised to see how few people I knew of the participants. While at European events at least from face I know quite some, here I really felt as a newcomer. Although it was easy to get into conversations, most people were busy trying to create business relationships, and passed on quickly.

I was really looking forward the Friday codesprint. Thats where community is created, people get to know each other when working together on issues. Also, this is the place where one can get the most practical knowledge. There was a big room full of people, who were trained how to start contributing. I helped cilefen with the drupal core major issue triage, which was not the most exciting thing, but I was happy to give something back. I still have some homework left from there that I hope to finish soon.

There were so many great sessions, and I could only attend a fraction of them, but from those that I have seen I would like to highlight a couple:

Improving your Drupal 8 development workflow by @jmolivas
This session included so many new tools and information, that I will have to watch it again. I am sure you can find something in it that makes your company's workflow better.

How we develop Organic Groups 8 after 2 years with Elm by @amitaibu
I have already mentioned it, if you are interested in new technologies and the elm language specifically, this might be for you.

Advanced Web Services with JSON API by @e0ipso
API-First Initiative by @e0ipso and Wim Leers
I found JSON API very exciting, so I watched both sessions. The API-First initiative was actually a 30 minute session, which turned into an interesting open discussion. If you want to know more about the future of decoupled drupal, these are for you. 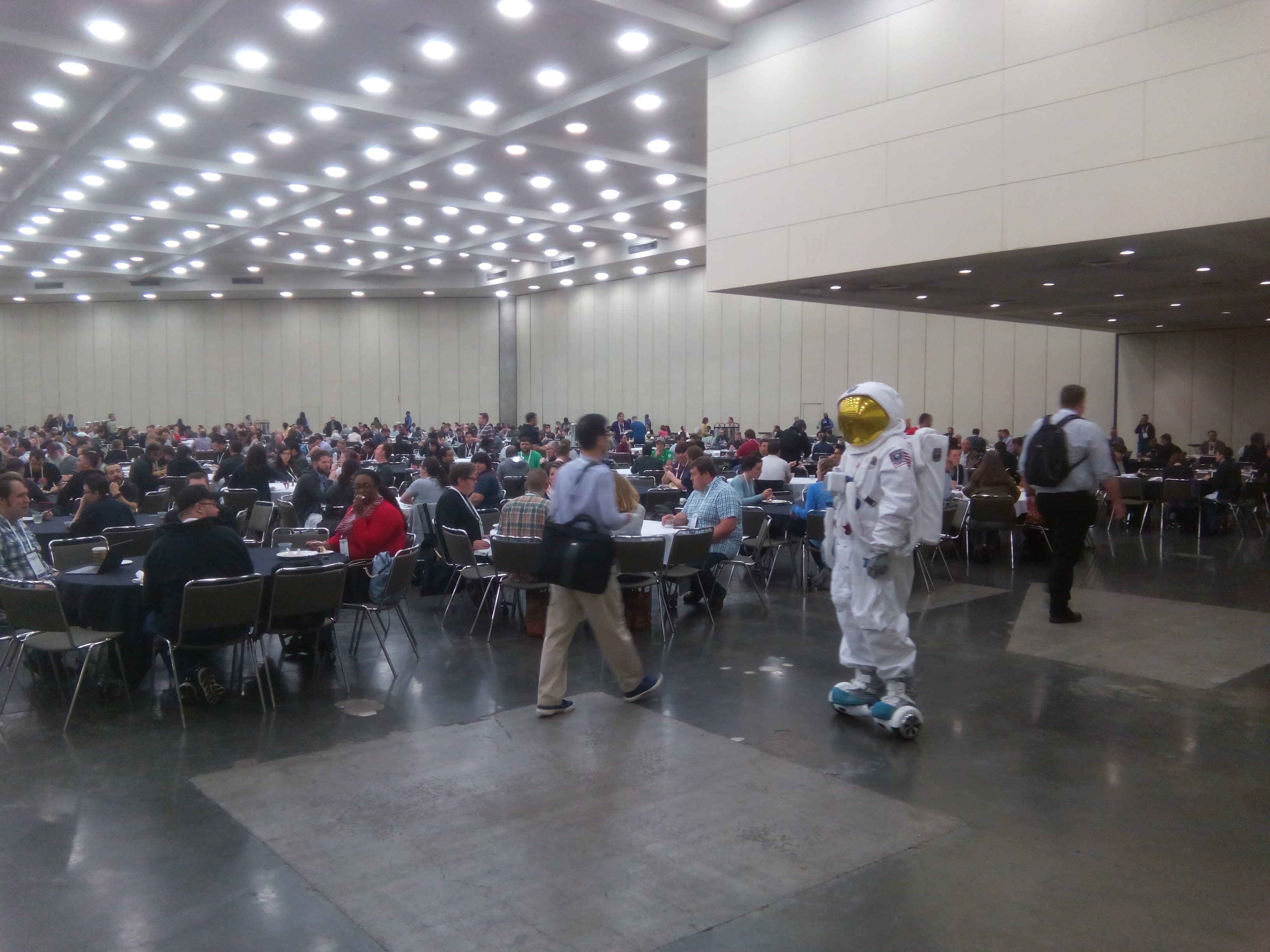 If you attend drupalcon, never take t-shirts with you! There are so many companies giving t-shirts as presents, that one can get to wear a new t-shirt every day. Another mistake I did that I flew from Europe on Monday, and had no time to get accustomed to the timezone change. Because of this I was tired for 2-3 days. Drupalcon was fun, and I made some new friends, but I still prefer devdays and Drupal camps. There are fewer people at such events, but you get to know them better, and there is also more coding involved. Nevertheless lots of thanks to @freistilbox for the ticket and to my wonderful employer Brainsum for sponsoring my participation in this great event!